2020 has come and for sure would leave behind unpleasant memories but 2030 is coming, have you started preparing already? Lynn Lobash has recommended the top books about the future of humanity that need to be read.

No one knows for sure what the next decade, century, or millennium will look like. But many writers have imagined the future in their work, inviting us to travel through time.

We asked Lynn Lobash, manager of the New York Public Library’s Reader Services department, to recommend the books about the future that everyone should read.

Would you like to uncover the most effective secret top pro bodybuilders are using to build huge amounts of shredded muscle. It’s not steroids. It’s not GH. It’s not a training program, but it is legal and available to you… provided you know what it is and how to get it. Click here now!

Here are 11, and you can see more recommendations at the NYPL’s site.

“Children of the New World: Stories” by Alexander Weinstein

This novel features 13 short stories that imagine what the future could look like.

Much like the Netflix series “Black Mirror,” the narratives are a bit unnerving, and include social media implants, memory manufacturers, immersive virtual reality games, and human-like robots.

“The Handmaid’s Tale” by Margaret Atwood

“The Handmaid’s Tale” is set in a dystopian future where an oppressive and religious organization takes over the US government. Young women are kidnapped, removed of their identities, and forced to bear children who are taken from them.

The story, published in 1985, touches on modern themes, like feminism, moral relativism, sexuality, and the manipulation of power. It was also recently adapted into a popular Hulu show.

“The Sixth Extinction: An Unnatural History” by Elizabeth Kolbert

Combining science and history, Kolbert highlights humans’ impact on the environment in this Pulitzer Prize-winning book published in 2014.

By burning fossil fuels, we are impacting the atmosphere, oceans, and climate, forcing millions of species into extinction, she says. Kolbert combines vivid descriptions of natural wonders, like the Great Barrier Reef, and wild experiences, like venturing into a bat cave, to explain Earth’s present and possible future.

Chef V 21 Day Detox is designed to help lose weight! Customer can lose up to 20 – 30 pounds or more with our special Detox plan!

“This Changes Everything: Capitalism vs. The Climate” by Naomi Klein

Klein challenges readers to abandon capitalism and restructure the global economy and our political system to move toward a greener future. She makes the case that moving away from capitalism will not only reduce CO2 emissions, it will also help close inequality gaps and build a better democracy.

We can either embrace radical change or the Earth will change radically, she argues in the 2014 book. Staying neutral in the climate debate is no longer an option.

In this 2015 book, 10 prominent economists, including several Nobel laureates, offer their takes on what the world could look like in the twenty-second century.

These thinkers consider the future of work, salaries, equality, technology, and climate change, among other topics. 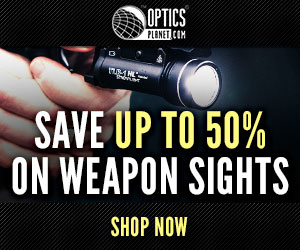 “Physics of the Future: How Scientists Will Shape Human Destiny and Our Daily Lives by the Year 2100” by Michio Kaku

In his 2011 book, physicist Michio Kaku discusses developments in technology, medicine, and travel, and predicts inventions the world may have a hundred years from now.

“The Extreme Future: The Top Trends That Will Reshape the World in the Next 5, 10, and 20 Years” by James Canton

Published in 2007, it’s touted by NYPL as the essential forecasting handbook for the next 20 years.

Published in 1948, this dystopian fiction novel by George Orwell imagined life in 1984. In a grim future, citizens are constantly monitored and controlled by Big Brother and the Thought Police.

He paints a haunting view of the world and warns about the dangers of totalitarianism in a tome that’s still relevant today.

In this dystopian 1953 novel, protagonist Guy Montag is a fireman in a world where television rules everything. Literature is on its way to extinction, and Montag’s duty is to light the books on fire.

Like 1984, it highlights the dangers of mind control and a totalitarian state.

In Huxley’s future, babies are born in labs, and society discourages individual action and thought. Although the world is peaceful, the protagonist, Bernard Marx, wonders if there’s something more out there.

In this 1968 novel (developed in conjunction with Stanley Kubrick’s film), artificial intelligence takes over a space craft — with hopes of taking over the universe.

Named HAL 9000, the computer system is so advanced that it’s capable of guilty, neurosis, and even murder. The bot controls the space craft, so the crew attempts to overthrow it.